The Milford Land Conservation Trust held its annual meeting on September 11th from 5:30 to 6:15 pm at St Peter's Hall. Land Trust members were updated on the Land Trust's activities over the last year, which included acquisitions, public events, and conservation measures. Two new Board members, Joseph DeSisto and Alessandra Alling, were nominated and sworn in. Allan Wilcox, John Dockendorff, Cheryl Cappiali, and Susan Johnson were reelected to the positions of President, Vice President, Treasurer, and Secretary, respectively.

After the business portion of the meeting, we moved to Milford Public Library at 7 pm where guest speaker Eric Larson delivered a presentation on invasive plants. Eric Larson has been an estate gardener, and arboretum supervisor, and a university botanical garden manager. He started gardening in Kentucky as part of the back to the land movement in the early 1970's. He attended Longwood Garden's Professional Gardeners' Training Program, and is now the New Haven County coordinator for the UConn Extension's Master Gardeners program.

Larson spoke about various invasive plant species and the threat they pose to native habitats in Connecticut. The talk was well attended by Land Trust members and members of the general public. 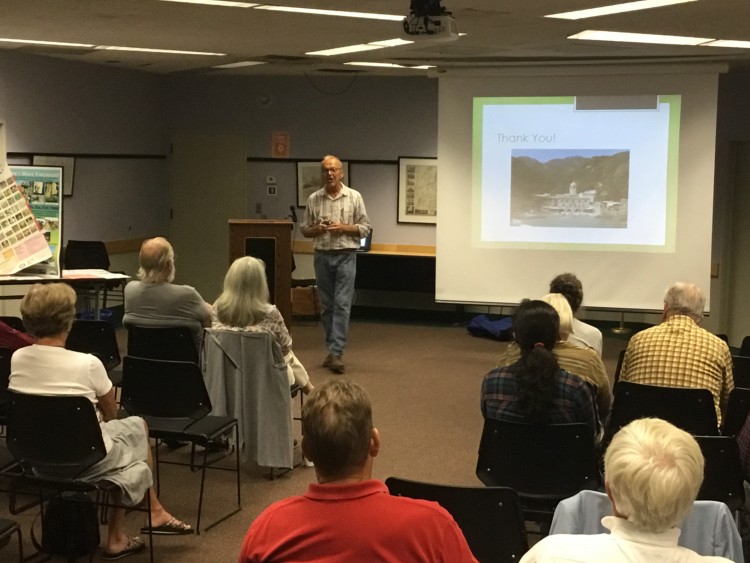 The mission of the Milford Land Conservation Trust is the preservation and conservation of the natural resources of open space land in the City of Milford, CT.